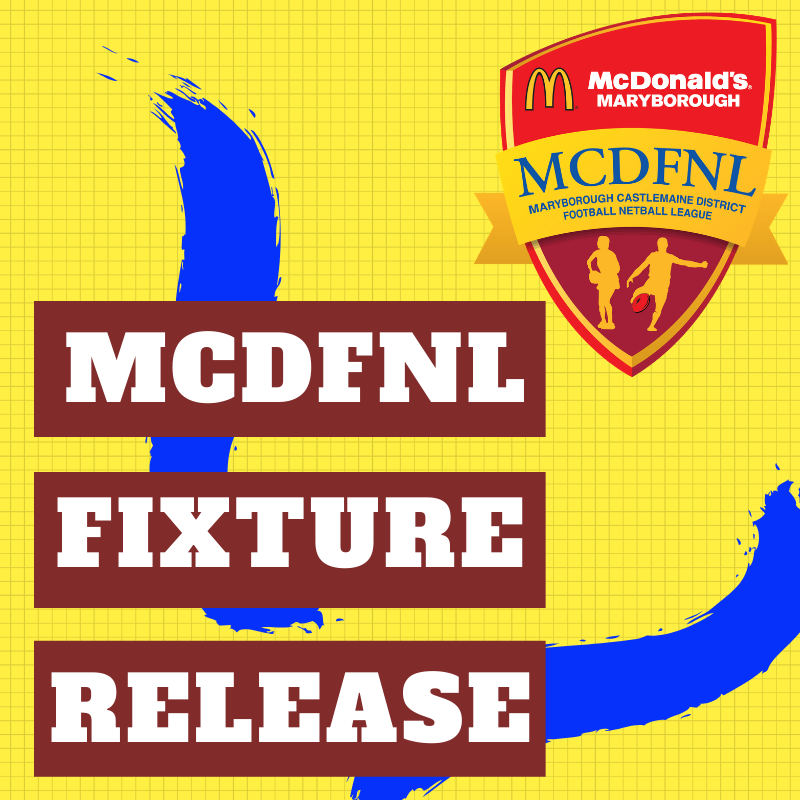 The McDonald’s MCDFNL is pleased to announce its finalised fixture for the 2020 season.

Maldon and Newstead will open next year’s season with a stand-alone Good Friday match on the 10th of April.

The match between Maldon and Newstead will be the only game played over the Easter weekend, with the remainder of round one to be completed the following week.

Round one also includes Rovers and Royal Park playing under lights at Princes Park on Friday, April 17th, with the match to coincide with a season launch function.

Campbells Creek and Dunolly both get an early chance at a victory when they play each other in the opening round at Dunolly.

The MCDFNL will this year be 16 rounds long with a league bye scheduled for June 6th, and July 4th.

Finals will begin on the 22nd of August, with the Grand Final scheduled for Saturday 12th September.

MCDFNL Operations Manager Matt Lindsay was pleased to have the fixture locked away early in preparation for season 2020.

“The MCDFNL is pleased to announce its fixture and is happy with the structure it has put in place, implementing a rolling fixture at the clubs request” Lindsay said.

“The fixture is set is stone but there may be some minor changes that need to occur throughout the season or as the season gets closer, particularly as clubs are granted the option of playing a marquee game on ANZAC day. Thanks, must go to the club delegates and councils for making a difficult task as easy as possible.”