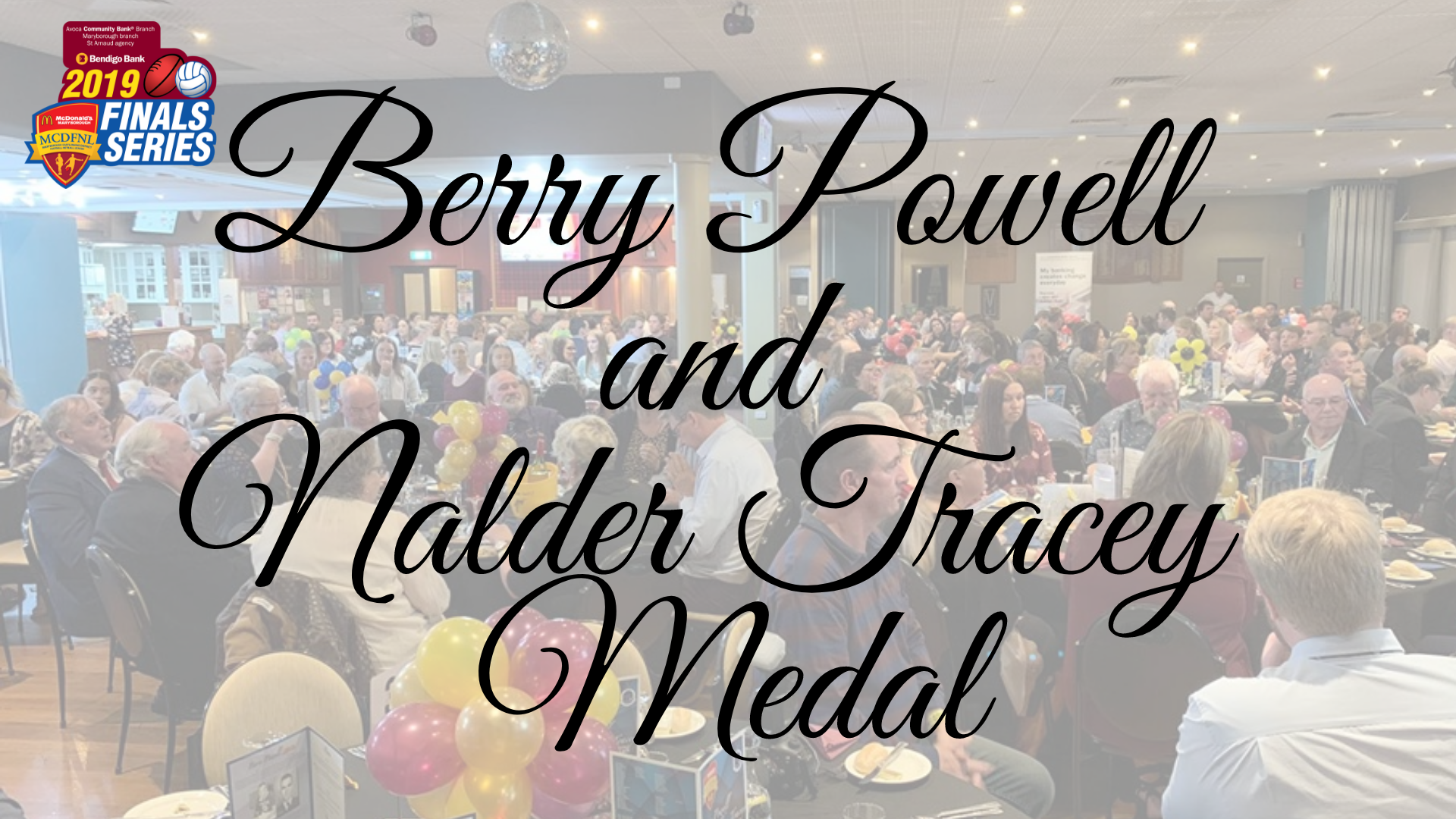 Congratulations to all winners at the Berry Powell and Nalder Tracey Night last night.

Congratulations to Jade Richardson (Newstead) the 2019 rookie of the year.

MCDFNL Max Martin Club Administrator Of The Year goes to Jamie Cox of Maldon. Thanks for everything you do not just Jamie, but to every volunteer in the league. It is not possible without the assistance of you all.

Our first vote count of the night is complete with Colleen Drummond (Avoca) and Madeline Matheson (Trentham) sharing the honours with 26 votes. Megan Millgate (Lexton) was the runner up with 25 votes. Congratulations girls.

Congratulations to B grade winner Stacey Shepherd (Royal Park) for being named the 2019 best and fairest with 30 votes from runners up Kirrily McKay (Harcourt) and Maggie Quinlan (Avoca) on 27 votes.

Congratulations Tyler Booth (Talbot) for taking out the Reserves best and fairest with 25 votes from Travis Cornwill (Carisbrook) on 21 votes.

Congratulations to Clayton Scoble and Rick Dowling (Trentham) for taking out the AFL Goldfields Coaches Association Coach Of The Year.

Carisbrook have taken out the 2019 MCDFNL Carlton Club Champion Perpetual Tophy, with a total of 133 wins across football and netball. An outstanding achievement! Avoca (119 points) and Lexton (116 points) taking out 2nd and 3rd respectively.

Senior leading goal kicking has once again been won by Ash Munari (Carisbrook FNC) clearing his tally of last year with 97 goals in the home and away season!